As with all things, it depends.

In this article I am going to walk you through a helpful little conceptual framework that estimates how important idea generation is for you and your team based on your goals. I will also show that the charming advice of Warren Buffett and Charlie Munger is not only entertaining but also statistically sound and based on a deep intuition of probability theory.

But first, what is idea generation? Idea generation is one of the three core processes followed by most investment teams. These are:

Most investment teams spend a lot of time trying to improve these steps. A strong belief of mine is that in order to truly improve a process you first need to know exactly what that process is supposed to do. You need to understand the goal. With idea generation, there are two goals:

In other words, idea generation is a statistical problem and, as such, you can use some relatively simple statistical tools to model and improve it.

Let's make this real. Imagine a hypothetical fund called Improbable Capital. They are a traditionally-managed global equity fund. Their goal is to buy and hold wonderful companies from around the world at reasonable prices.

In other words, Improbable Capital's idea generation process needs to improve the their odds of finding a wonderful company at a reasonable price from 2.5% (before) to 20.1% (after).

It doesn't actually matter if their idea generation process is a stock screening system, an investment community, sell side reports, the news, or a global equity recommendation system * cough cough *, the goal is the same.

What happens if they can't achieve that goal? Well ...

I hope that neither of these sound familiar to you because no matter how you look at it, an underperforming idea generation process increases risk. Either you own more worse stocks or you own fewer great companies.

So how can they improve? The goal of idea generation is to improve your odds. There are really only three ways to do this and they are:

The relationship is given by the following probability equation:

Given this equation the question becomes: what values of TPR & FPR are good enough to boost the probability from 2.5% to 20.1%? Now I know what you're thinking - that's complicated - so in order to make this easy I've created a small Excel spreadsheet that does the calculation for you 😊.

The sheet shows that Improbable Capital should aim to achieve a FPR of less than 10% AND a TPR rate greater than 75% with their process ... which is probably going to be quite difficult since only ~16.33% of the plausible scenarios meet those criteria. So what can Improbable Capital do? They should enroll in the University of Berkshire Hathaway!

The University of Berkshire Hathaway

Here are a couple of things that Improbable Capital can do to reduce the pressure on their idea generation process and increase that ~16.33%**.

"Munger rued that elite schools teach that the secret of investment management is diversification. They have it backasswards he asserted. Non-diversification is key" - The University of Berkshire Hathaway, Page 172

Okay SpongeBob, I'm not saying that diversification isn't important - it obviously is - however here are two things you may want to consider.

First off, from a statistical standpoint, the benefits of diversification diminish quite quickly. Studies have shown that by the time you own 18 random companies you have already unlocked 90% of the value of diversification. It goes without saying this doesn't work if all 18 are Chinese semiconductor manufacturers so some common sense does need to be applied here.

Secondly, from a practical standpoint, many large businesses are intrinsically diversified. For example, when you buy shares in JP Morgan you are buying into a holding company with more than hundreds of subsidiaries operating in (and generating revenue from) many different countries. So on a look-through basis a selection of 40 stocks could be extremely diversified in terms of business models, geographies, and even sectors and industries.

2. Hold onto companies for longer durations

"An investor should act as though he had a lifetime decision card with just twenty punches on it." - Warren Buffett

Intuition: the more actively you trade in and out of companies, the more good ideas you have to come up with every year.

In our opinion, this also has two positive side-effects,

3. Reduce the time it takes to analyze a company

"Buffett claims he can give an answer on a prospective acquisition in five minutes ..." - The University of Berkshire Hathaway, Page 65

Intuition: the longer you spend analyzing bad ideas (a false positive) the less time you have to analyze good ones (a true positive).

Okay, I hear you, high-quality research take time. You can't watch 100 hours of earnings calls in 5 hours. You also can't read 10 years of annual reports in an afternoon. However, all processes have room for improvement.

For example, one step in the research process that can easily take a couple days - particularly for smaller companies in unfamiliar geographies - is comparable company analysis. This involves identifying similar companies and doing a comparison to see how competitive they are. Are they growing more or less? Are they trading at a higher or lower multiple? Are they investing more or less into research and development? Are their profit margins higher or lower? This is something we have solved for our users at Nosible. What used to take days now only takes a couple of minutes.

4. Remain patient and be ready for a sale

"Opportunities come infrequently. When it rains gold, put out the bucket, not the thimble." - Warren Buffett

Intuition: it's easier to find good ideas when everything is a good idea.

"Use filters so you don't waste time on unproductive ideas" - The University of Berkshire Hathaway, Page 243

Statistics: high-information filters are ones that increase your TPR and reduce your FPR. For example, if Improbable Capital found a unique combination of factors that achieved a TPR of 85% and an FPR of 15% then the likelihood of them producing enough good ideas for their portfolio in a normal market (2.5%) would be virtually guaranteed ~100%.

An example of a low-information filter would be a metric or a screen that produces "value traps" a.k.a. cheap companies that are cheap for good reasons. To make matters worse, bad filters can even reduce your odds and make idea generation much harder than it needs to be.

High information filters is where Nosible shines. We have applied principles of information retrieval and artificial intelligence that power the world's best search engines to the problem of idea generation. In essence Nosible is a global equity recommendation system that learns personalized high-information filters that work for your investment team. We'll blog a bit more about how that works in the months to come. If you think you might find that interesting I invite you to subscribe to this blog for updates.

A great idea generation process makes the job of an investment team so much easier. It also appears to me that investors, like Warren Buffett and Charlie Munger, who advocate for contrarian things probably do so because they have a far deeper understanding of the statistics that affect long-term investment success than academics who live in ivory towers 😉.

Thank you for reading, I hope you have enjoyed this post.

I think that (1) and (3) are reasonable assumptions because a TPR less than 50% or a FPR greater than 50% would be worse than random.

I think that (2) and (4) and generous because high TPR's and low FPR's would actually be less likely than middling ones. As such, the actual likelihoods are almost certainly lower, however, the effect of the interventions we showed would be the same so it doesn't actually matter. 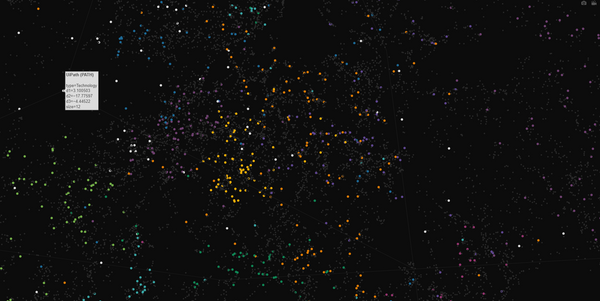 Nosible is proud to officially announce that it secured a significant strategic investment from Fundamental Group [https://fundamentalgroup.com/] as part of a 2021 pre-seed round. Fundamental Group is a leading marketing agency to asset managers globally and a technology company with a deep appreciation for data and intelligent software. 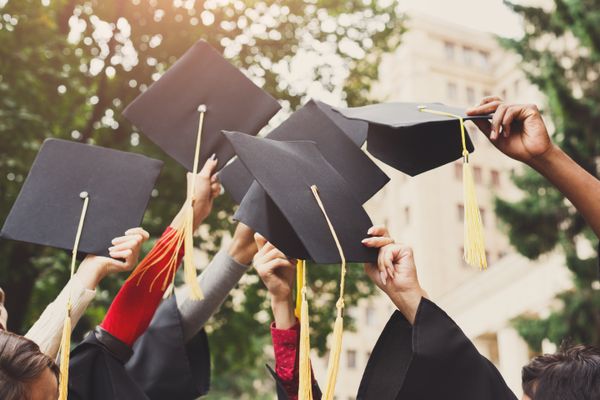 Every investor has a unique style. A signature. A set of opinions learned from a lifetime of winners, losers, and neither here nor there-ers. At any point in time, the cumulative experience of an investor is reflected in their portfolio. This makes a portfolio so much more than a bunch